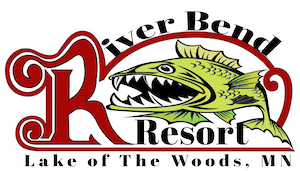 Lake of the Woods is the “Walleye Capital of the World”. Spring, summer, fall, and winter offer fishing that is second to none! From charter boats during open water season, to heated ice shacks during hard water season, we have what you need to fish on this majestic body of water. Bring a change of clothes, and we can take care of the rest.

No matter where you stay you can

This package includes 3 days fishing in our large 27’ boat and 4 nights lodging for all 6 people together in one of our spacious 2- or 3-bedroom cabins.

This package includes 2 days fishing in our small 20’ boat and 3 nights lodging for all 3 people together in our Walleye Inn extra-large double room.

A credit card is required to hold a reservation. 50% of reservation will be charged for cancellations within 21 days of check in date.

A Safe, More Progressive Way to Vacation and Fish

No matter what summer brings, one thing’s for sure. When you need a break, we’ve got you covered. Take a well deserved breather with a vacation at River Bend Resort.  We’ve planned safe, well-thought-out ways for you to fish while maintaining social distancing.  In the past, we combined groups of people to take out fishing. Now we’ll take your exclusive group which will give you an ultimate private fishing experience.

Build your own private fishing experience or select from one of our packages!

The walleye is the most sought-after species in Minnesota. Its thick, white fillets, handsome shape and coloring, and elusive nature make it the ultimate prize among anglers. Each year, anglers in Minnesota keep roughly 3.5 million walleyes totaling 4 million pounds. The average walleye caught and kept is about 14 inches long and weighs slightly more than 1 pound. The walleye is named for its pearlescent eye, which is caused by a reflective layer of pigment, that helps it see and feed at night or in murky water.

The sauger, sometimes called the “sand pike,” is a relative of the walleye. Sauger have a more limited distribution than walleyes, and they don’t grow as large. Sauger are long and thin, with dark backs, brassy sides, dark spots, and a pale belly. They have a forked tail with a pale streak on the bottom edge.

Walleye and sauger look similar, but you can tell them apart by looking at two distinct differences. The tip of the lower part of the tail is white on a walleye, but not on a sauger. Also, the sauger has spots on the dorsal (top) fin and the walleye doesn’t. 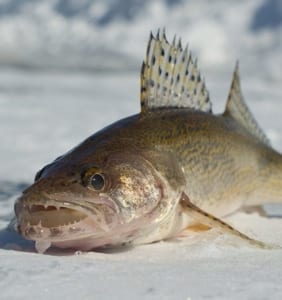 This voracious predator is one of the easiest fish to catch because it so willingly bites lures or bait. What’s more, northerns produce chunky white fillets that many anglers say taste as good as walleyes. Most northerns caught by fishing run 2 to 3 pounds, though trophies over 20 pounds are caught each year. 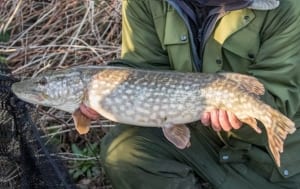 The muskellunge (muskie) is one of the largest and most elusive species to swim in Minnesota. A muskie will eat fish and sometimes ducklings and even small muskrats. It waits in weed beds and then lunges forward, clamping its large, tooth-lined jaws onto the prey. The muskie then gulps down the stunned or dead victim head first.

Muskies are light colored and usually have dark bars running up and down their long bodies. Muskies are silver, light green, or light brown. 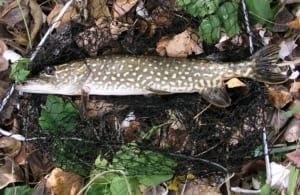 Lake Sturgeon, sometimes called a living dinosaur of the fish world, are a remnant of an ancient and primitive group of fish that have cartilaginous skeletons and bony plates on their skin also known as scutes. 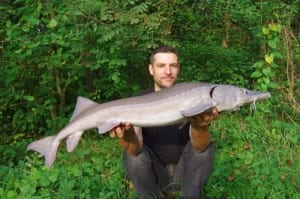 With its slimy skin and tendency to wrap itself around your arm, the burbot is considered by many anglers to be the “ish” of fish. But this cousin to the saltwater cod, commonly known as eelpout, is a remarkable predator that is excellent to eat.

The burbot looks like a cross between an eel and a catfish. It has a long body with smooth skin and a single whisker under its chin. 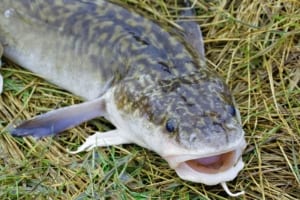 Both the Cisco commonly called tullibee and Lake Whitefish are found in Lake of the Woods and other lakes in Minnesota. Ciscos are commonly caught by ice anglers, while Lake whitefish are occasionally caught. Both fish make tasty meals.

Many anglers have a difficult time telling the difference between the two. Whitefish has a snout that overhangs the lower jaw. The lower jaw of the Cisco extends up to or beyond the tip of snout. 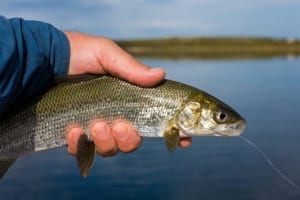 The yellow perch is one of the most commonly caught fish in Minnesota. This smaller cousin of the walleye is good to eat and eagerly bites worms, but it often is so small that anglers throw them back into the water. Like sunfish and bluegills, perch are considered “panfish,” or fish commonly caught to be cooked in a frying pan and eaten. 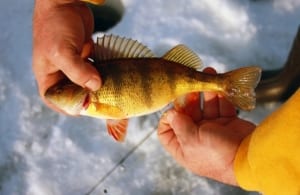 Crappies bite readily and produce sweet-tasting fillets. There are actually two types of crappies: the black and the white. They are tough to tell apart. Both travel in schools and feed on small fish and aquatic insects. If you catch a crappie, it’s most likely a black crappie, which is the more widely distributed of the two species, occurring in most lakes throughout the state. The black crappie prefers deeper, cooler, clearer water than the white crappie does. 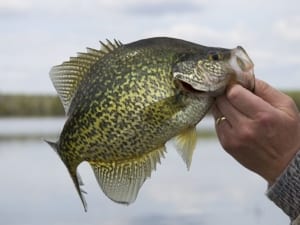 Want in on discounts, latest news around Lake of the Woods, exclusive fishing packages? Well, you know what to do.

We just sent you an email, please confirm it to successfully join our subscriber list.